Corporate Governance in the new multi-stakeholder world: realities and challenges 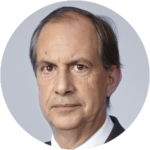 The emergence of a far more diverse vision of the company’s interaction with the myriad of stakeholders that gravitate around its ecosystem is probably the main change factor in the dynamics of corporate governance. The vision of a more inclusive vision as to the role and relevance of stakeholders in business management is being increasingly adopted by governments, regulators, investors and also by managers. Let us look at some emblematic examples:

During the last decade, we have witnessed the emergence of the so-called ESG – Environment, Social and Governance, which renders the new framework of analysis of the company’s activity more effective, focusing on its impact on the environment (CO2 emissions, waste treatment, pollution, etc.) on the appreciation of the human factor (training, equity in wage rates, occupational accidents, etc.) and the relevance of good governance practices (codes of ethics, litigation levels, etc.). Increasingly, investors (particularly institutional) started making decisions about the companies they would invest in focusing precisely on the results obtained as regards the main ESG indicators. A paradigmatic example of this new reality is the letter that Larry Fink, CEO of BlackRock, the largest asset manager in the world, addressed in January this year to the CEO´s of listed companies and in which he defines the fight against climate change as a key element in corporate action, urging CEO´s to define a strategy for achieving carbon neutrality in their companies and to establish at the same time a number metrics to assess their progress towards that goal.

In August 2019, 181 CEO’s of the largest North American companies signed a manifesto that redefines the company’s purpose by shifting from a central role focused on shareholder remuneration to a multi-stakeholder dimension, focused on new objectives such as the delivery of value for the customer, investing in employees, fair and ethical treatment of suppliers and supporting the communities where the company operates. (Figure 1) 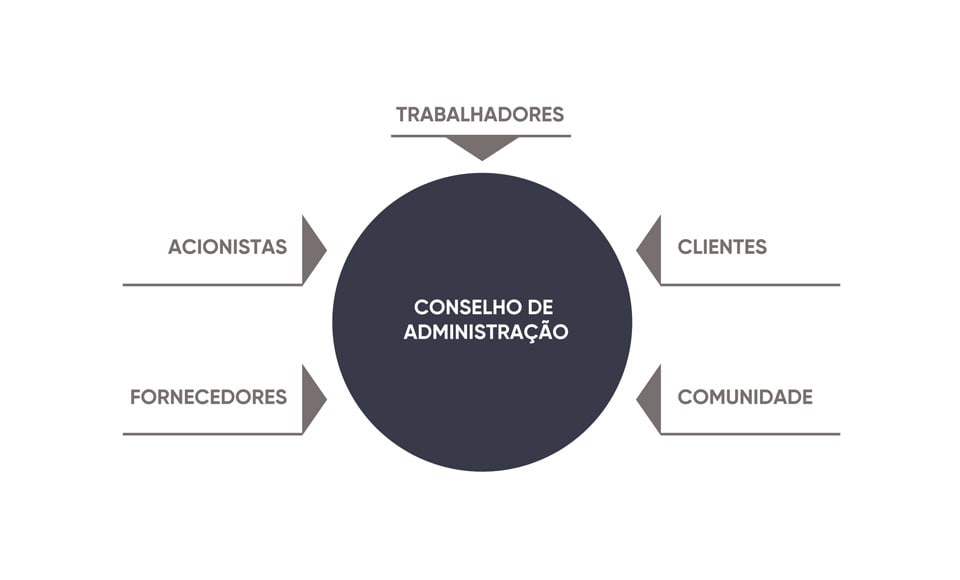 The European Union is currently submitting to public consultation a number of initiatives to promote sustainable corporate governance which should probably dictate, among other aspects, extending the duties of managers (including as of now the duty to look after the interests of the different stakeholders) and mandatory reporting of due diligence evidence regarding respect for human rights and the environmental impact on the company’s operations and its supply chain.

This new reality of valuing the range of stakeholders has major implications in terms of governance. Three, in particular, should be underlined.

It brings to the forefront the need for companies to define, through their top bodies, the board of directors, their purpose (‘corporate purpose’) and to do it in a sufficiently clear and precise manner that allows the definition of metrics to assess their level of compliance and subsequent scrutiny. And, not least, it highlights the importance of disseminating and consolidating an organizational culture that is articulated with the purpose of the company and which could become a catalyst for motivation and alignment of the entire organization. (Figure 2) 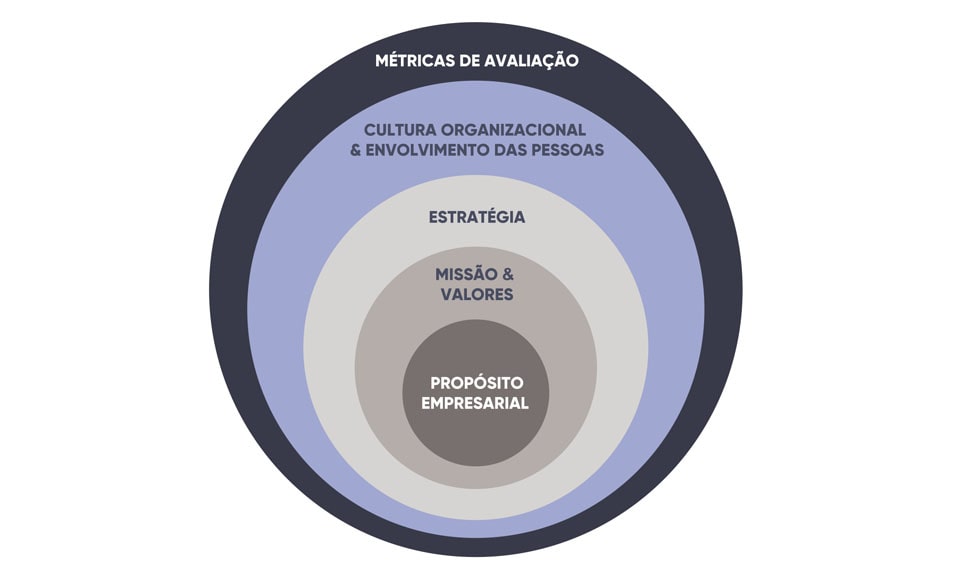 It also significantly and predictably increases the role of non-financial information, clearly increasing the role of reporting duties and subsequent auditing.

Finally, it has a direct impact on the configuration of the variable remuneration models for executive managers, which should reflect this broader vision of stakeholders and, in the not too distant future, also reflect the achievement of the goals defined by the company.

On the other hand, this new reality also raises an issue that may be difficult to address: how and which criteria should be used to identify, define and measure the best interests of the different stakeholders?

It may seem relatively clear that in the apex of the decision-making process that leads to the definition, implementation stages and scrutiny of the multi-stakeholder role of the company or the consideration, on a less formal basis, of the interests of the different stakeholders in its strategy and development, should lie the board of directors. However, we should also bear in mind the role of the company’s shareholders, in light of what has already been said about the growing prevalence of the ESG analysis matrix. In this context, the vision (and metrics) of these investors will prevail in both the manner how they analyze the company and make their decisions, when buying, reinforcing or selling shareholder positions, or when it comes to supporting or exerting pressure next to the board of director, still in its role of shareholders, e.g. when it comes to voting General Meeting resolutions. Thus, and even before engaging in any type of internal analysis of the company, there is a certain market framework that will inevitably affect (the more so the greater the weight of institutional investors in its capital and the company’s ambition to finance itself internationally) the internal discussion of how to integrate the interests of the different stakeholders.

But, regardless of the constraints that the stock market might impose, the question that remains to be asked is how the different interests of different stakeholders will be reflected in the board of directors. Are we going to evolve into some form of interest representation? In the German dual model, for example, this particular theme is well defined as regards workers, whose elected representatives have a seat on the company’s supervisory board, the body that appoints and supervises executive management. But whereas in the particular case of workers, if there is the will to do so, it seems fairly simple to reach a system of representation, the same cannot be said of those who should look after the interests of the community, customers or suppliers. See, for example, the case of a large company and its impact on the country, which, depending on its size may be a national scale or a more local scale impact and impact even different locations. How to reflect this myriad of interactions with the community? What kind of representation and representativeness could we define? What about customers? Perhaps scattered through different geographies and more or less concentrated in the B2B or B2C channels.

Another path, probably less complex and more coherent, will be to ensure, in the election process of a board of directors, which will feature people in the body who may, given their knowledge and experience, bring to the board the vision of the different stakeholders (a portfolio vision and mapping of knowledge, experiences and skills). The success of this option would probably require some maturity as regards both the level of professionalism and independence in the processes leading to the appointment and election of directors. But even if we follow this route, it’s important to ensure an additional formalization of the responsibility in order to monitor and scrutinize the interests of the different stakeholders, namely through a specialized committee of the board, which would boost this dimension. Concurrently and at the level of executive management, the creation of a Chief Stakeholder Officer (or similar designation) selection would also give the whole organization a sign of the importance of the topic (somewhat like the CRO – Chief Risk Officer who is now in all banking executive management boards).

But regardless of the way forward, there must be also a debate and a confrontation between the objectives of the different interests at stake. What priorities to attend to, when, inevitably contradictory or conflicting objectives arise. In the future, the board of directors may become a more intense stage of negotiation and commitment, which will mark the definition of the company’s strategy and policies. In this plan, the manner how the different interests will be present will be crucial, whether through some type of representation mechanism (which will tend to increase the revive the debate) or simply through the existence of a board of directors that reflects the values of diversity and, in particular, the experience and knowledge of the needs and aspirations of the different stakeholders. And there should also be a greater focus on aspects of a more behavioural nature in the selection and management of the board of directors, as there will be a new and critical space for interaction, negotiation and the establishment of commitments on objectives and priorities. In this context, the role and position of Chairman will take on another dimension.

These are just a few questions, doubts and reflections around this new multi-stakeholder world and its impact on the government and the management of companies currently posing a number of challenges.