Colombia: a land of opportunities! 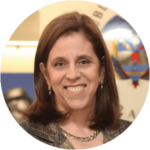 With a market of 50 million inhabitants, a development model that encourages private investment and stable economic growth, Colombia offers major opportunities to develop projects and for large size companies to establish themselves in this country.

For the past 50 years, Colombia has been the country in Latin America with the highest growth rate and, before the pandemic, stood out for its sustainable economic performance. As a result of the crisis, this region was one of the most affected in economic terms, with negative effects on employment and the well-being of the population.

According to international organisations’ estimates, in 2021 there will be a significant recovery in the region but it should take some years to recover from the devastating effects of 2020. This year, growth will be 4.1% after falling more than 7%, the deepest recession since the 1929 crash.

Official data point to economic growth between 4.5% and 5.0% in 2021/2022, with a performance above the regional average. It is worth mentioning that by the end of 2020, the Colombian economy had already recovered 90% of the jobs lost during the pandemic, with particular emphasis on the reactivation of key productive sectors such as agribusiness, construction and infrastructure. All of this happens without any changes in monetary stability and the country’s orthodoxy as regards public indebtedness.

As explained by Mrs Flávia Santoro, President of the ProColombia agency, “the Colombian government designed an action plan to address this issue, following a long-term development strategy, aimed at strengthening its productive sectors through direct and indirect incentives to national and foreign investment, with concrete instruments that increase domestic consumption affected by the pandemic”.

In the particular case of foreign investment, it is worth mentioning the fall in tax income and dividend, the exemption from customs fees on the entry of equipment, a favourable regime in free trade zones, the simplification of efficient investment processes, both as regards import and exports, as well as the promotion of the relocation of companies, offering a strategic export platform to come closer to both home and consumer markets.

The Ministry of Commerce, Industry and Tourism and ProColombia (the agency to attract investment and foster exports and tourism) identified the sectors with the greatest potential to become engines of economic reactivation.

As a result Member States of the European Union have started to follow with great interest what is happening in Colombia, considering our country an important continental production and distribution centre, focused particularly on the U.S. Canadian markets.

Thus, Colombia is a clear answer for large companies wishing to relocate their operations, following the nearshoring trend accelerated by the pandemic, closure of economies and interruption of distribution chains. In this regard, it is worth mentioning that the free zone regime in Colombia is, on the one hand, the largest in all of South America and, on the other, the second regime with lower tariffs and with tax incentives generating efficiency in economies of scale, production chains and access to innovation and technology platforms that facilitate business.

With favourable growth projections, good policies as regards foreign capital and an increasingly dynamic economy, we hope to attract new companies from Colombia and the rest of Europe to Colombia.

Concerning Portuguese investment there are clear growth prospects particularly in the retail sectors and our country relies on important players in this sector such as Jerónimo Martins Group or Sonae Sierra; but also in the renewable energy sector, relying on the presence of EDP Renováveis; or in technological sectors through Arquiled or in agribusiness through Sovena, among others.

As regards the future, the return of investments in infrastructure, technology, hospitality and tourism will be paramount. These areas certainly offer an extraordinary return, not only for the domestic market but also for the rest of the continent, considering that Colombia is a strategic apex, with an efficient port and logistics infrastructure.

Thanks to the 17 trade agreements currently in force, Colombia has preferred access to more than 60 countries and more than 1,600 million consumers worldwide. One of the most striking examples of the advantages of these trade agreements lies in the agribusiness sector. Currently, Colombia has 40 million hectares of national agricultural soil, however, only 8 million are cultivated. This extremely high potential, added to the extraordinary tropical weather conditions, make it possible to produce assorted foodstuffs throughout the year. Furthermore, there are incentives such as ten-year exemptions for companies investing in the agricultural, fishing or rural development sectors to increase national productivity.

The Colombian tourism sector has also witnessed strong growth. Thanks to the 2019 Economic Growth Law and the recent Tourism Law, a very attractive tax regime is offered for hotels, theme parks, agritourism, ecotourism, among others, along with incentives for mega-investments amounting to or greater than 300 million dollars, or even exemption from taxes on dividends and greater fiscal stability through agreements established with the Tax and Customs Authority (DIAN).

According to the World Economic Forum’s Global Competitiveness Index, Colombia is one of the first countries with the greatest potential for infrastructure development. In addition to having a privileged geographical location for international trade, it has important opportunities to grow internally through large-scale projects. A clear example is the national road network through 4G and 5G roads, a priority in the Government’s strategy. This has enabled the reactivation of 29 projects of the fourth and fifth generation of concessions, betting on the modernization of highways, main, complementary and national roads.

Also on the list of priorities and following the goals of “Commitment for Colombia”, a program that includes 79 projects with national and regional impact in infrastructure segments, 185 projects were launched to improve aqueduct and sanitation networks and many tourism and housing projects. These initiatives have a clear focus on job creation, rural development and green and sustainable economic growth.

The renewable energy sector is also one of the axes of the country’s economic development. The aim is to consolidate the strong use of non-conventional sources of renewable energy, with an accumulated installed capacity of more than 700 MW in 2021, 25 times greater than in 2018. Also, a 5G renewable energy auction will take place, as well as the first auction in Latin America for an energy storage system with large-scale batteries, located in the Atlantic region, in the north of the country, with a 50 MW capacity.

Since President Ivan Duque took office, ProColombia has witnessed the arrival of 41 new investment projects for energy development worth over 5 billion US dollars, a clear sign that Colombia is undoubtedly a country of major opportunities to invest with the guarantee of stability and confidence to those who invest in this location.